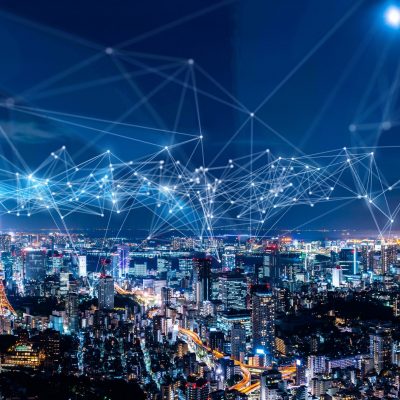 Global network coverage has until now been limited with less than 15% of the earth’s surface area being supported by terrestrial transmission. Satellite is now coming into its own with the promise of enabling global low-powered network connectivity. This will connect the unconnected and enable IoT applications in remote parts of the world.

There is already a huge demand for low-cost global connectivity for IoT devices, with an estimated 75 billion IoT devices expected to be online by 2025, according to market research firm Statista. The advent of new nano-satellites made affordable by low-powered electronics has focused the satellite economy on low-powered IoT networks that can be applied in almost every field.

These small satellites, generally weighing between less than 1 kg and 10 kg, can be launched into orbit to form constellations of up to hundreds of satellites. They can be launched in a Low Earth Orbit (LEO) of 500 km and orbit the earth every 120 minutes or more, thus ensuring constant data coverage even to the most difficult-to-reach rural regions.

The creation of a lower altitude orbit makes the satellites less sensitive to radiation and consequently allows the use of cheaper components in their assembly. The reduction in costs thus easily translates into opening satellite communications to low-powered wide area networks, known as LPWANs.

Satellites carry payloads that handle LPWAN messages using the same modulation schemes as terrestrial networks and transmit data from all over the world. This application of modulation schemes allows the use of pre-existing terrestrial devices so that they take advantage of IoT ecosystems. This is without incurring increased costs for building satellite modules with higher energy consumption and allows the connection of low-capacity low-powered resources over a large area enabling seamless roaming.

LoRaWAN is such an LPWAN technology and is capable of combining terrestrial networks with direct sensor-to-satellite connectivity, therefore, extending IoT connectivity to the entire planet. This is made possible using a free 868 MHz frequency band and a radio modulation whereby the information signal is transmitted over a much wider frequency band than is strictly necessary. This offers both the possibility of transmitting with lower transmission power than the noise threshold and a considerable increase in immunity to interference.

Eutelsat is one of the leading global LPWAN satellite connectivity providers and set up a Low Earth Orbit (LEO) service in 2021, with the goal of increasing the coverage of LoRa networks on a global scale. With a nanosatellite constellation called ELO (Eutelsat LEO for Objects), Eutelsat aims to provide extended hybrid LoRaWAN coverage by sea and land.

The pilot projects were launched in February 2022, with commercial services expected to be launched in the second half of the year. To do this, Eutelsat has partnered with Senet, the satellite network operator Wyld Networks and TrakAssure. The four companies have formed the Multimodal IoT Infrastructure Consortium™ (MMIIC), with the goal of extending the adoption of LoRaWAN connectivity in markets that can benefit from the combination of low earth orbit (LEO) satellites and terrestrial network connectivity.

The ELO nanosatellites will provide LoRaWAN coverage so that enabled devices can transmit data by filling gaps in terrestrial network coverage in rural areas, shipping and transport routes and other hard-to-reach areas.

This means that IoT devices will connect to Senet’s terrestrial LoRaWAN networks and then be automatically switched to Eutelsat’s satellite coverage via low earth orbiting satellites in the event of coverage gaps. Wyld Networks and TrakAssure will provide a new sensor-enabled end device to be used for supply chain and asset tracking solutions, using standard LoRaWAN-compliant components. Furthermore, as ELO is compatible with the LoRaWAN standard, IoT solution providers can adapt their existing LoRaWAN to ELO easily and cost-effectively.

Finally, this concept is a concrete instance of how the combination of innovative technologies such as LoRaWAN and low earth orbit satellites greatly increases and accelerates the possibility of providing global connectivity. This is with full coverage, low-cost and low-power capable of deploying IoT applications in the most diverse market segments.

There is a high prospect of growth in the next decade due to a wider market presence of IoT constellations. Its use in AgriTech will rise from 130,000 in 2019 to over 790,000 in 2029 and is an example of how IoT and LoRA can be a positive force in addressing some of the challenges for the near future of our planet.