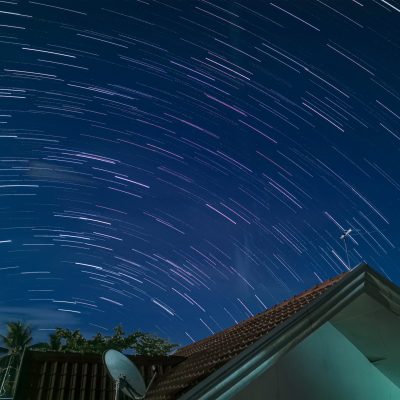 Why is this article worth writing?

Up to now, there has been an assumption that an expensive and bulky specialist phone is needed to connect to a satellite. What AST SpaceMobile is proposing is the ability to connect from a normal 4G-enabled phone to a satellite. This is a game changer and will help the over 2bn people who are still unconnected in a world of connectivity.

AST SpaceMobile is a public space startup company based in Texas, USA. Its aim is to be the first space-based cellular broadband network which can be used by your standard 4G-enabled smartphone. The reasoning for this is to connect the unconnected of which there are currently 2.9 billion. If successful it will fill the current coverage gaps meaning that anyone can get 4G/5G coverage anywhere on the planet with the use of a standard smartphone.

What is it they propose to do?

They are proposing to create the first and only global broadband cellular network which works directly with your mobile phone. The network will be using phased array antennas in orbit which are low earth-orbiting (LEO) satellites in collaboration with mobile network operators.

Over the next two years, SpaceMobile aim to have around 100 or so LEO satellites in operation. The technology is going to be used to eliminate the coverage gaps in areas such as Northern Africa to connect the unconnected.

What sort of services will people be able to access?

One of the most valuable assets of being able to access the space network is in times of need. Whether this is an incident in a remote location where there isn’t connectivity or in the middle of a natural disaster where traditional network infrastructure has been destroyed. Everyone will be able to remain connected no matter what without having to invest in expensive specialised devices. Having access to emergency services in time-critical situations can be the difference between life and death.

With 51% of the global population lacking access to mobile broadband they are being left out of the digital economy of the modern world. Bringing these people online will open them up to a whole world of opportunities they might not otherwise have. This includes the ability to access healthcare, education and be able to network with those outside of their local communities.

Can farmers get information on the weather or connect with experts?

AST SpaceMobile’s service has the possibility to change farmers way of life around the world. Most farmers in the developing world have access to a mobile phone. However, with the nature of their work often being away from highly populated areas they lack coverage. By having coverage, they will be able to access data-driven services that can increase their crop yield and therefore profitability.

Farmers having the ability to connect with others along with experts in their industry to discuss when the best day would be to take their produce to market or what they should be investing in to improve the yield of their crops will give farmers more power to control the market. As AST SpaceMobile’s managing director Stephen Gibson said they will be a ‘price-maker’ rather than a ‘price-taker’.

Will schools and pupils be able to learn and have access to digital resources?

Sustainable development goal number 9 is investing in ICT access and quality education to promote lasting peace. The introduction of the internet has created a rich resource of knowledge and information no matter their location or background. In the 21st century, it is important to recognise that everyone should have the opportunity to learn and engage with others but a current obstacle to this is the lack of traditional infrastructure to enable access to broadband. SpaceMobile is one step towards enabling access to digital education for all.

Does this replace terrestrial coverage or compliment it?

The primary use case behind it is to fill the coverage gaps around the planet. Their aim is to fill existing coverage gaps where the traditional wireless networks either do not exist or become overwhelmed. AST SpaceMobile has teamed up with network operators such as Vodafone to provide their customers with the ability to roam between terrestrial and space coverage, so it does not replace but compliments it.

What are the limitations?

The obvious limitation is that you need to have access to a 4G enabled smartphone to be able to use the service. This will not be a service available to you if you only have access to a computer or laptop.

There is also an educational barrier. Communities without basic literacy skills will continue to struggle to access broadband as it will be harder for them to learn how to use the devices. The lack of education is a huge barrier into the modern world which is difficult to overcome.

There are a number of factors such as the number of satellites deployed, whether the user is inside or outside and the density of users which will limit the bandwidth available. This means that a user should be able to make calls, texts and access basic internet services however it is unlikely that they will be able to use streaming services.

Who are their backers?

AST SpaceMobile is financially backed by Vodafone, Rakuten, American Tower and Samsung. With Vodafone being the largest network operator outside of China and Samsung being the world’s largest mobile phone manufacturer.

Due to supply chain issues, AST SpaceMobile has needed to delay the launch of their first operational mobile-compatible broadband constellation by six months. Not only have the supply chain issues caused a delay in launching but they have also had to change the size of the launch. The first five satellites to be launched will be 50% smaller than initially planned. They have now decided to use some of the existing components used in their prototype of BlueWalker 3 to try and accelerate production.

Supply chain issues are expected to be ongoing with the cost of the satellites increasing by 14%. With the lack of microchips, they are planning to adapt by reprogramming the chips, so they are able to launch sooner. AST SpaceMobile along with other companies in the industry will continue to adapt to the challenges experienced across the world.

Are there any obstacles? Do you need a special generation of mobile?

There are a few obstacles standing in the way of SpaceMobile achieving their aim of being the first to offer this new service. Currently, as mentioned, along with the rest of the world there are ongoing supply chain issues. They are also not the only company with the same goal so the race really is on to overcome the financial and operational obstacles standing in everyone’s way.

The beauty of the technology is that there will be no need to own an expensive satellite enable phone. Instead, any standard 4G enabled smartphone will be able to connect to both your traditional cellular networks and when out of coverage you will have the option to connect to the space network via a simple message.

Who will win the race and why?

AST SpaceMobile is not the only company in the race to be the first company to deliver services directly to mobiles. Large corporations such as SpaceX and Amazon alongside other startups such as Lynk are also vying for this title. There is a lot of competition happening in this space (no pun intended). Who will win the race is yet to be determined.

What impact will this have on Operators? Friend of foe?

AST SpaceMobile has entered into agreements with and understandings with mobile network operators. Currently, commercial agreements have been made with Vodafone and AT&T and memorandums of understanding have been made with several smaller mobile network operators. Their aim is not to take over the current networks but to eliminate the coverage gaps and enable operators to offer their customers global coverage.

Will this be treated as roaming by Operators?

They are currently calling it ‘roaming’ between terrestrial networks and space however it is unclear as to whether this will incur an additional roaming charge. Vodafone’s rollout of the service in Northern Africa has already suggested that users will be notified via text when out of terrestrial coverage and be then given the opportunity to opt into the space coverage via sending a text reply.

Only 10% of the globe has terrestrial coverage and this traditional infrastructure is quite expensive and difficult to maintain. These new constellations of satellites open the world to new opportunities and really could be the answer to connecting the unconnected to close the digital divide. Will this be easy to deliver and will the service work as planned? It is something we watch with interest.